By JIMMY GOLEN
The Associated Press

One is a man of a million fedoras.

The other is all about the hoodie.

But whether Cam Newton and Bill Belichick can take the New England Patriots back to the Super Bowl is going to be more about football than fashion.

The Patriots have turned to the former Panthers quarterback to replace Tom Brady, who defected to the Tampa Bay Buccaneers after 19 years, six Super Bowls and three NFL MVP awards. Newton gets his fresh start in New England after nine seasons in Carolina, where his own MVP-winning career had stalled because of injuries.

“Bill always says the goal for any good team is to have as many good players as possible,” Jason McCourty said on the podcast he hosts with his twin brother and fellow Patriots defensive back, Devin.


“Cam Newton is a former MVP of this league, played in the Super Bowl – that caliber of a player – so I think the better players we have in our locker room, the better we’re going to be able to perform as a team.”

Newton, 31, agreed to terms on Sunday on a deal that will pay him up to $7.5 million this season, a person with knowledge of the talks told The Associated Press, speaking on the condition of anonymity because the team had not announced the deal.

The Patriots declined to comment on the reports. But Newton wrote on Instagram Sunday night, “I’m excited as I don’t know what right now,” ending the post with “LetsGoPats.”

A Heisman Trophy winner who was the No. 1 overall pick in the 2011 draft, Newton peaked in 2015, when he was the NFL MVP after leading the Panthers to a 15-1 record and a Super Bowl appearance. If he’s healthy, he gives the Patriots something even Brady didn’t: a mobile QB who challenges defenses to chase him and bring him down.

Brady has averaged 1.7 yards per carry while rushing for 1,037 yards in 20 seasons in New England — about two seasons worth for Newton, who picked up an average of more than 5 yards when he ran the ball. (Of course, Newton’s 10 career playoff touchdown passes are a couple of typical postseasons for Brady.)

“When you’re talking about mobile quarterbacks, guys that are tough to handle, tackle, can throw, run, make good decisions – I mean, I would put Newton at the top of the list,” Belichick said when the Patriots faced Newton in 2017.

“He makes good decisions. He can run. He’s strong. He’s hard to tackle. He can do a lot of different things, beat you in a lot of different ways,” Belichick said. “Not saying the other guys aren’t a problem, because they are, but he’s public enemy No. 1.”

But since then Newton has had two shoulder operations and one on his foot, and he missed all but two games last season. He has lost his past eight starts in all, getting more attention for his colorful postgame attire than his play.


Brady, who is married to supermodel Giselle Bundchen, did his share of preening, and in his later years his outside interests seem to intrude on what had previously been a football-first mentality.

The dour Belichick tolerated it as long as they were winning, which they have done more than any coach and quarterback combo in NFL history.

Newton will get the same leeway, starting with training camp when he will have to win the starting job from 2019 fourth-round pick and fellow Auburn product Jarrett Stidham.

Because Newton’s deal is heavily based on incentives, the signing is low risk if he cannot stay healthy and even better value if he does.

“I’m never shocked with anything we do as a Patriots organization,” Devin McCourty said. “I feel like everything we do is always in the thought process of trying to win and win championships. I think that’s what it comes down to, trying to make the team better. I’m never surprised when we’re trying to do that.”

Related Topics:
Up Next

Who Wants to Go to Fashion School in a Pandemic?

Why and whatever for? 3 ‘ugly’ fashion items the runways seem to love

Buying “ugly” clothes and actually wearing them, rather than gifting them to our worst enemies: unthinkable?

No, this is a reality. It plays on changing tastes over the last few seasons by bringing back the items which have been said to “ruined our childhoods, even those of our parents”.

All you need to do is stroll through the streets to see the trend. From bicycle shorts to “dad shoes”, here’s a look at the fashion items igniting a debate among the fashion crowd. – AFP Relaxnews 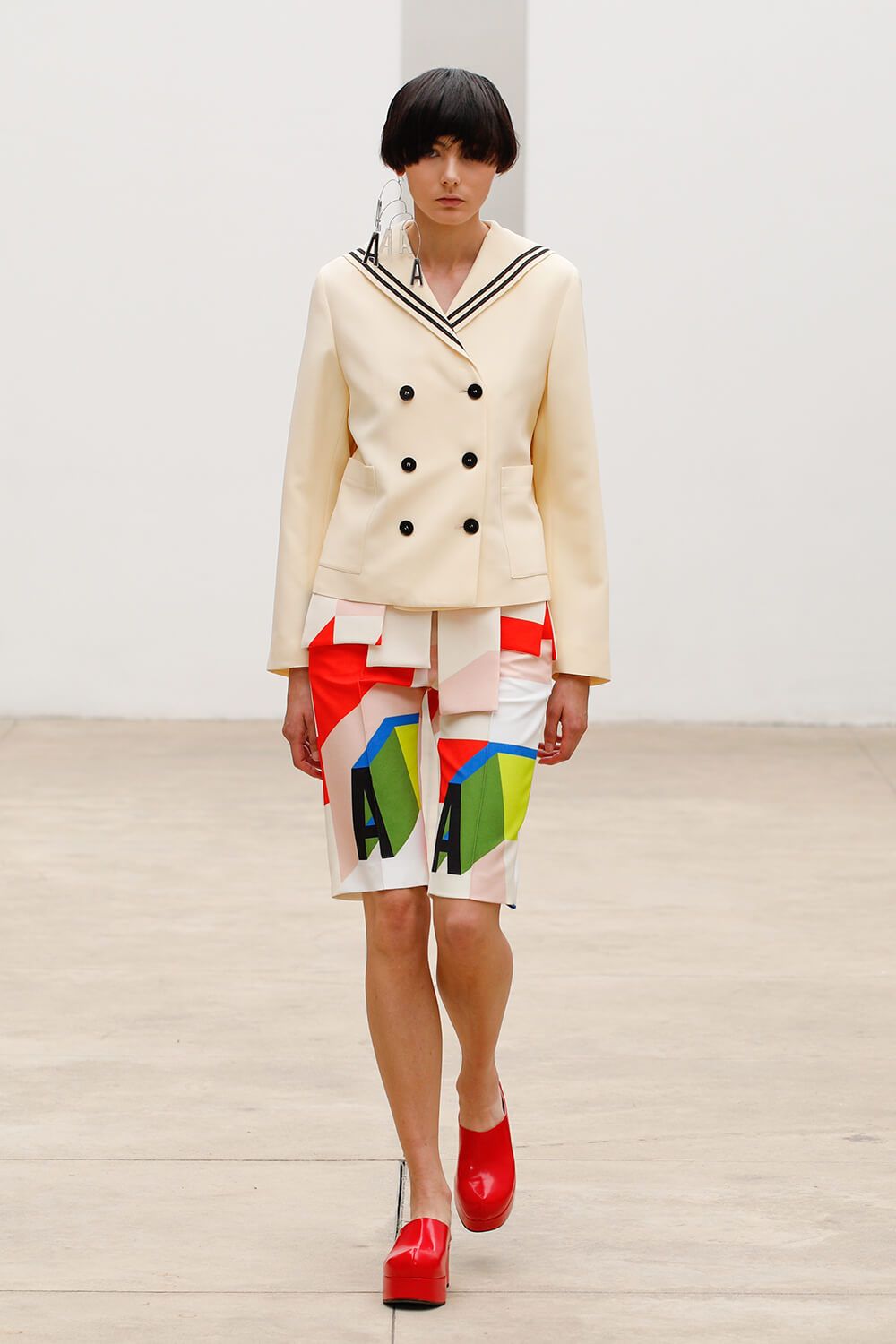 Kim Kardashian strikes again. The social media star appeared twice during 2018 wearing these – despite their disappearance from public view since the 1980s and 90s – and the fashion world went crazy.

Street style, runways, major brands: bike shorts have been everywhere for over a year, a puzzle for those who had attempted to forget they ever existed.

Read more: Fashion in pictures: The intersection of streetwear and luxury

Love them or hate them, it really depends on the individual. The argument against biker shorts though, is that the clothing should really be left to their original function: outfitting cyclists. 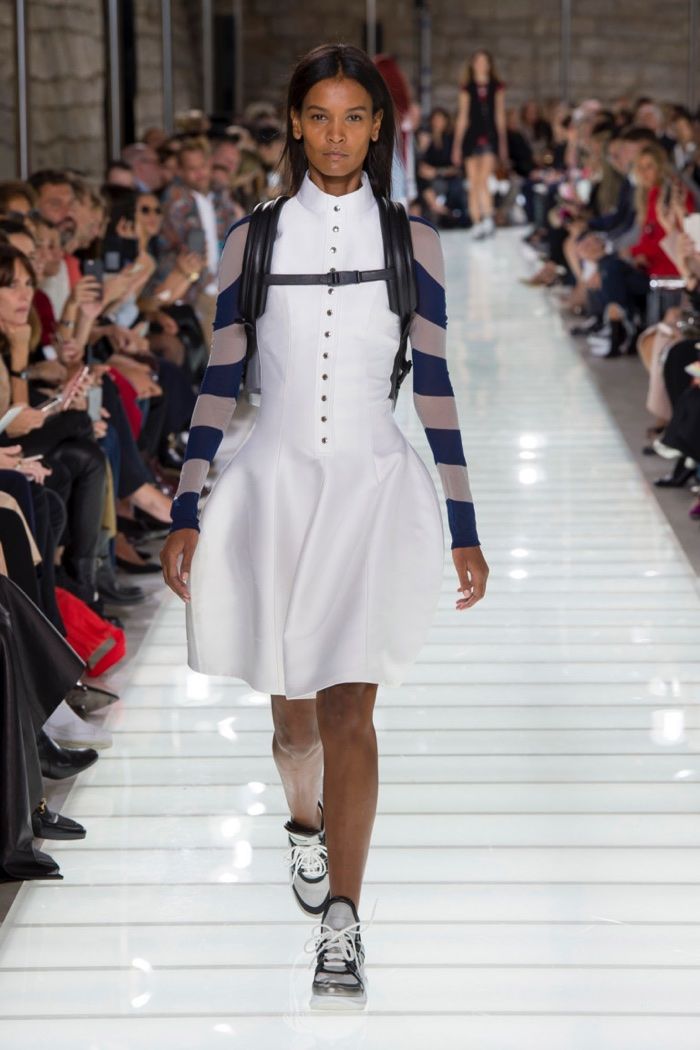 Women have been opting for flat, comfortable sneakers over stilettos without hesitation for several years now. Their sensational return to grace shows no sign of weakening – the trend is very much on the opposite trajectory.

The problem is that between two pairs of Stan Smiths, Air Jordan Ones or Newport Classics, chunky “dad shoes” have reared their head. Characterised by their outsized soles, they are in keeping with the “heavy” trend of the moment.

Read more: Mules, sandals or flip flops? What are the choice footwear for the current season?

Today, nearly all the fashion brands offer a version and they sell like hotcakes, beginning with Balenciaga’s “Triple S” version priced at close to a thousand dollars.

We constantly ask ourselves how best to wear them. The question some people are asking though: why wear them?

While unisex fashion is definitely taking off, bringing pieces not lacking in style back into view (like classic men’s shirts, which should immediately be incorporated into our closets), dad shoes remain a point of contention.

Sleeveless down jackets and coats 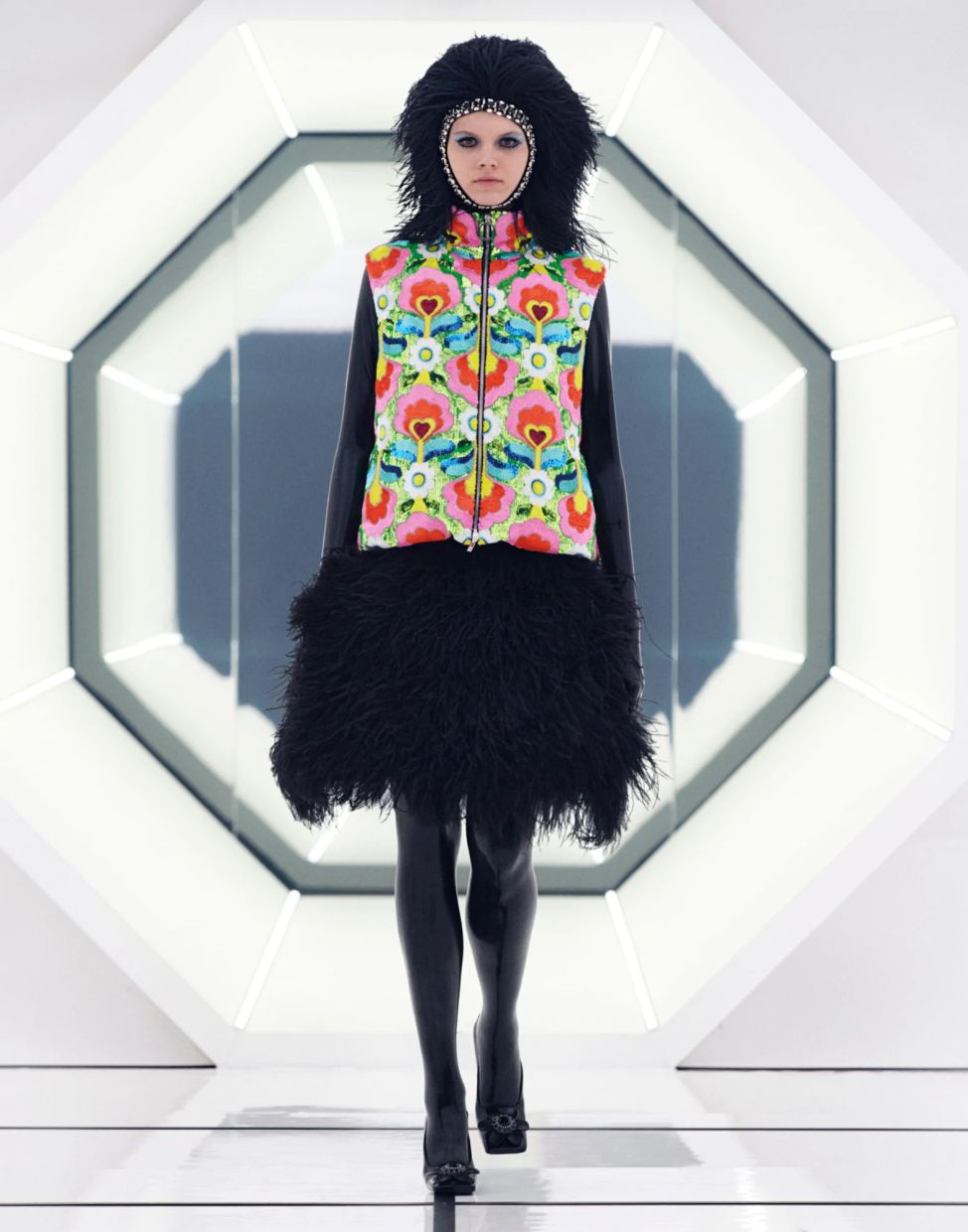 Associated with sportswear for the past several years, the sleeveless “puffer” jacket has made occasional incursions into the fashion universe, though without much success.

While we are all deeply familiar with the ubiquitous versions found in fast-fashion stores, those that dislike the trend have been wearing them underneath their coats, well hidden from the eyes of others.

Comfortably warm, yes, but never to the detriment of style. Except that in recent seasons, sleeveless padded jackets and coats have made it to the runways.

Read more: Should you include tie-dyes into your everyday wardrobe again?

The biggest fashion houses have chosen to reinterpret and give them new life. Longchamp tried to make them as elegant as possible in a sort of cropped version in burnout velvet: admittedly rather tempting.

But do they work? Debatable. One must remember that we’re actually talking about puffy down jackets without sleeves. Without sleeves.

Peaceful demonstration held at The Fashion Mall at Keystone

INDIANAPOLIS — A peaceful demonstration was held Saturday at The Fashion Mall at Keystone.

Demonstrators wanted to call attention to ongoing issues of police brutality and what some are saying are unsafe conditions for those working in retails stores during the COVID-19 pandemic.

About 30 people with The We Coalition through the Serving Up Justice initiative took part in a silent sit-in at the mall in solidarity with employees who were walking out of work.

You can read the statement sent to RTV6 from The We Coalition on the demonstration below:

On July 11, 2020 from 12:00pm-1:00pm at the Keystone Fashion Mall, The We Coalition, through our Serving Up Justice initiative, will be conducting a peaceful, silent sit-in in solidarity with a mall-wide employee walk-out. Our demonstration intends to shed light on the ongoing issues of police brutality and the unsafe working conditions experienced by service and retail workers during a global pandemic.

Racial injustice is deeply systemic, while we work in solidarity against police brutality it is important to acknowledge that there is racism present at every level of every societal and economic system.

COVID-19 is disproportionately affecting communities of color and the working poor, while this country’s administration is strong-arming state and local governments to reopen their economies. According to a Washington Post-Ipsos poll, nearly 1/3 of Black Americans know someone who has died of Coronavirus. It is too easy for some people to pretend that there is nothing problematic about going to a mall, or going out to eat, or getting a haircut – pretending that everything is normal while the American death toll approaches 140,000.

As the financial provisions from the CARES Act (intended to keep American people and business afloat) fall away, workers are forced into scenarios where they have to choose between risking their health or their financial security. Employers are asking their employees to shoulder the burden of keeping businesses afloat instead of demanding that the government protect its people. This is absolutely unacceptable in the nation with the largest GDP in the world.

We intend to conduct these demonstrations frequently and in different areas around the City of Indianapolis and the surrounding metropolitan area for the foreseeable future or until change happens.

If Candace Marie Stewart’s life story proves anything, it’s that finance is the perfect background to have in fashion — after all, even fashion is a business.

She was tapped last year to become the head of Social US at Prada and her LinkedIn bio identifies her as working there, but she told Business Insider that she currently works as a social media consultant in the luxury fashion industry. She also serves as an adjunct professor at Parsons School of Design — teaching its first graduate-level social media course — and she’s the founder of Black In Corporate, an organization that seeks to champion Black professionals working in corporate America.

But before trying her hand at all fashion had to offer, she obtained a BA in finance from the University of Central Arkansas and an MBA in marketing and finance from Seton Hall University.

Over about a decade afterward, she worked in PR at Alexander Wang, as a manager at JP Morgan Chase, freelance at Lucky Magazine, a market editor at Essence, and in social media at Refinery29, before becoming the senior social media and influencer manager at the late Barneys New York.

In an interview with Business Insider, Stewart talked about her rise to the top of the social media ladder, and how she and other Black professionals in fashion — such as those who created the Black in Fashion Council — are advocating for the equity of Black people, both in fashion and beyond.

Will sports books change shape after COVID-19? William Hill CEO Joe Asher is not so sure.